SplitMango’s office location, just over the Iron Workers Memorial Bridge, in North Vancouver is amazing to take advantage of the gems in our backyard. So when I planned a day for us to hang out together, I wanted to hit up as much of our, almost literal, backyard as possible. 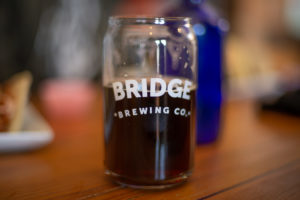 Bridge Brewing was a pretty easy choice for some fuel for our afternoon, planning to afterwards head up into the Lower Seymour Conservation Reserve (LSCR/’Demo Forest’) for a short hike. Bridge nailed it. Yes, tasty brews were all over the place, but maybe their best kept secret is their amazing tacos. Even though we only have one actual vegetarian on the team, half of us agreed that the vege-option (Buffalo-Paneer with yam, black beans, chipotle and cilantro) was our out and out favourite. We spent the rest of the afternoon trying to decide if tacos and beer BEFORE the hike was the best option. There’s still not consensus on whether we made the right choice. 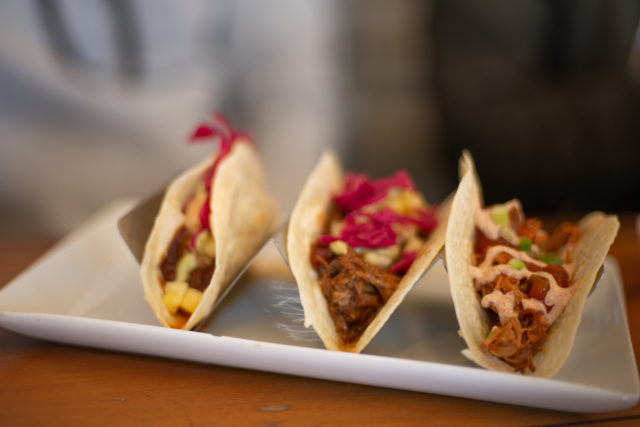 Heading up to the Demo Forest from Bridge is SO EASY. Honestly it’s just as easy to get to from almost anywhere. Just off the highway if you’re coming from Metro-Vancouver, turning up Lillooet Road towards Capilano College, and just keep on going up the road. There’s a couple parking lots, with a few different trailheads. And this is why North Vancouver and the Lower Mainland is so lucky to have such a great gateway to the outdoors, even if you are right in downtown Vancouver, you can be outside in beautiful Pacific Northwest trees on a variety of great trails within 35 minutes (okay, depends on bridge traffic). 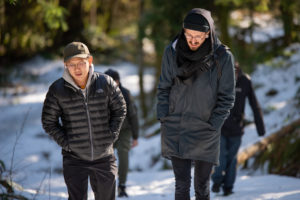 So we parked right beside the Baden Powell trailhead and went out in the woods. My original plan was to have us walk out to the newly built Seymour River Suspension Bridge just at the lower portion of the Twin Bridges Trail. Original Plan being the key here. While we knew there would still be a bit of snow on the ground (really there wasn’t much!) there wasn’t as much thaw as I expected so much of the top of the snow had turned to ice, which really slowed down our movement.

The other key factor, which I have to admit is my fault, is that the map I planned our route on still had a trail on it that was officially discontinued in 2018. It was clear that some people still use the route, but the added element of snow and ice meant moving along the trail was very slow! We took our time moving along, but being careful and safe meant we only made it about halfway to the bridge before we went back to the car, ensuring we’d make it out past the park-gate closing time of 5:00. 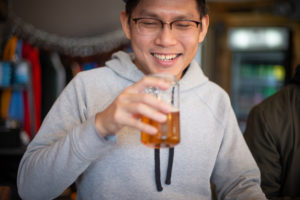 All in all though, we had a great time. Being able to laugh at ourselves a bit as we slid around on icy trails was a great way to get out of the office for the afternoon for a rare-winter hike opportunity and load up on some much needed Vitamin-D, even if the conditions weren’t really ideal. Looking forward to our next adventure already!