I love code, Adventure Time and all the homies that come along with both.

Animation and jokes aside, Adventure Time is great because it delivers meaningful messages in understandable terms. Whether it’s “Dude, sucking at something is the first step to being sort of good at something” or “I know who I am and I’ll know what I want if and when it comes along”. The show has a way of playfully reminding it’s audience what’s important.

In Season 2 Episode 25 Jake reminds Finn that “Homies Help Homies”. Mentioned a few times in the episode, that simple statement is now a staple of the show.

It’s such a powerful idea that I got it tattooed on my body. You may not want to go that far, but the following might convince you to code like you did. 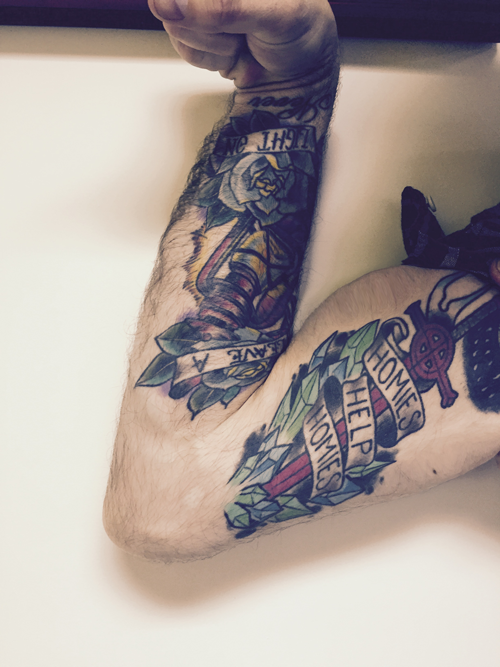 It’s easy to get lazy.

Often the quickest solution is one that doesn’t scale well and has no documentation.

You might finish projects quickly, but it’s the worst thing you can do to yourself.

A happy client will end up coming back to you in a few years for updates on your work.

Your quickly written code will mean it’s a giant headache to fix it.

Working with a team with an attitude developed with “Homies Help Homies” would never allow for such things! You’re not the only one working on your code. “Homies Help Homies” means you build with other people in mind. You comment your code and build it to be easy to work on. It means spending time with your homies to make sure they understand it.

Coding can be a tough gig sometimes. There isn’t always a “right” solution or a “correct” path to building something.

This is why some people argue that code is poetry. It’s also why a “simple” request can leave crying into your keyboard.

Without a complete vision of the feature, coders often build with the best methods we know at the moment. Which works as long as the project doesn’t change later. Which it does. Every time.

If you don’t have homies at this point, I’ll be frank, you’re pretty screwed. You will either spend hours searching stackoverflow.com for John from 2007 who had the same issue or you’ll have to rebuild the feature with the new direction in mind.

Thankfully most of us have homies. At SplitMango when we have to pivot a feature there’s likely another team member that is either more knowledgeable or has experience with a similar request. Working together with them saves time and money.

The fresh eyes of different coders will be happy to help you finish your feature as long as you are doing the same.

I get really excited by the idea of starting projects. It feels like being artist up late attacking a canvas with paint. Which is cool. The process of building frameworks as I go is an awesome feeling, but it’s been my biggest challenge as a coder. Overall, it’s a really bad idea.

It can lead to building a house of cards, with features tacked on as they appear. I’ve learned my lessons.

When you are coding for your homies you can’t pull that off. You have to be methodical and on track. It helps to talk about the design to get a understanding of the tasks involved.

Not only will the team code in a similar way, you will code to overcome obstacles you may never realize existed.

Less stress is the best reason to code like you’re a team member. Not being able to solve a bug sucks. It can stick with you long after you leave your desk.

Sometimes you need a hand. When another coder can help you see what you’re missing it will be a huge sigh of relief.

Not to mention when it’s your turn, helping someone will make you’ll feel like a rockstar.

So remember you’re not in this alone. 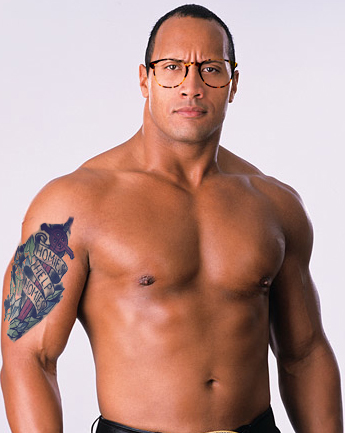